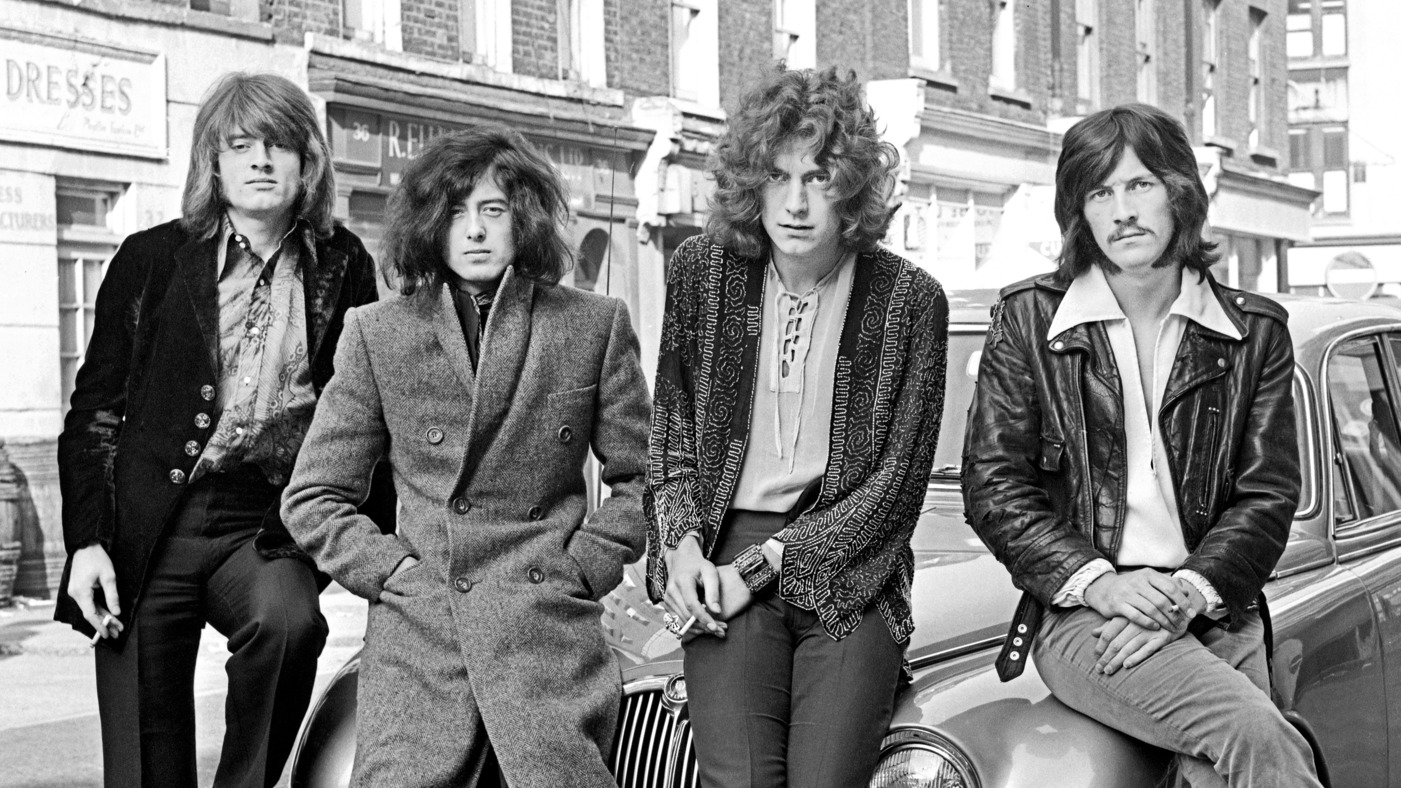 What constitutes music plagiarism? The line between inspiration and plagiarism is a fine one, and is the crucial distinction when it comes to music plagiarism. As I examined in my article here on the Robin Thicke vs. Marvin Gaye trial, everyone from Shakespeare to the Beatles to Sam Smith has been accused of stealing ideas from those that came before them.

One of my favorite bands of all time, Led Zeppelin, is now under the microscope for apparent music plagiarism in their classic “Stairway to Heaven”. “Stairway” is largely considered one of the greatest rock songs of all time (and apparently the most played rock song in the history of FM radio). The song they’re accused of plagiarizing is a somewhat obscure instrumental called “Taurus” by the American band Spirit, released in 1968. “Stairway” was written in 1970 and released in 1971.

(Legal aside: while the statute of limitations for civil copyright infringement under U.S. law is three years, courts often read that as only restricting back royalties to the previous three years. It does not bar old infringements. Which is why this case can be brought 45 years after the release of the song).

A United States district judge decided in April that, while the four-chord backbone shared by the two songs is a common convention in the music industry, the similarities between the songs were more than just chord structure. A jury will now decide in June whether the “Stairway” opening segment was stolen from “Taurus” and if Robert Plant and Jimmy Page are guilty of music plagiarism and liable for copyright infringement.

(Second legal aside: the claim against bassist/keyboardist John Paul Jones was dropped, as he was not credited as a writer of the segment in question).

The timing of this lawsuit could not be more critical: starting in June, Led Zeppelin is preparing to re-release all of their albums in deluxe, re-mastered vinyl and CD editions. Zeppelin IV (which contains “Stairway”) is Zeppelin’s best-selling album.

“How Many More Times” – Previous Plagiarism Claims Against Zeppelin

This is not the first time the band has been sued for music plagiarism. Since the 1970s, Zeppelin has made settlement agreements and granted writing credits to other artists for several Zep songs, including “Whole Lotta Love” (blues legend Willie Dixon), “The Lemon Song” (blues legend Howlin’ Wolf), “Dazed and Confused” (folk singer Jake Holmes), and “Babe I’m Gonna Leave You” (folk singer Anne Bredon, whose son asked her in the 1980s why she covered Zeppelin early in her career. Her response: “that’s actually my song”). For a list of the 13 songs that Zeppelin has been accused of music plagiarism in the past, see here. 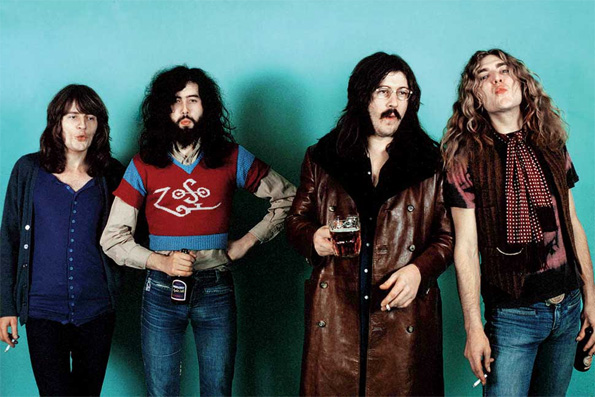 “Communication Breakdown”- How This Ended Up at Trial

In May 2014, Spirit’s bassist Mark Andes brought a music plagiarism action on behalf of Spirit’s guitarist, Randy Wolfe aka Randy California, who drowned in 1997 in the Pacific Ocean while attempting to save his drowning son (his son survived). According to court documents, Mr. Wolfe was interviewed about the similarities between the two songs before he died. He said that he had been friendly with the members of Led Zeppelin, and that if they wanted to take his song, “that’s fine.”

However, lawyers for the Wolfe estate argued that “the tenor of the interview” indicated that Mr. Wolfe “felt cheated by Led Zeppelin and was merely trying to save face and make light of a bad situation.” According to the court documents, Wolfe complained about the similarities between the songs. “I’d say it was a rip-off. And the guys made millions of bucks on it and never said ‘Thank you,’ never said, ‘Can we pay you some money for it?’ It’s kind of a sore point with me. Maybe someday their conscience will make them do something about it.”

Lawyers for Zeppelin argued that any similarity between the songs was limited to a chord structure that has existed for centuries, and is too commonplace to be entitled to copyright protection. This argument was trampled under foot. The district judge stated that “while it is true that a descending chromatic four-chord progression is a common convention that abounds in the music industry, the similarities here transcend this core structure.”

The jury trial, set for June of this year, is the second high-profile music plagiarism trial to make headlines in the last two years This is a trend that some industry experts say may open the floodgates to more plagiarism lawsuits.

In 2015, the very same Los Angeles court that will hear the Zeppelin case awarded more than $7.4 million to the family of R&B legend Marvin Gaye after finding that the Robin Thicke and Pharrell Williams hit “Blurred Lines” had copied elements of Mr. Gaye’s 1977 song “Got to Give It Up.” The judge later reduced that amount to about $5.3 million. The case is now on appeal. 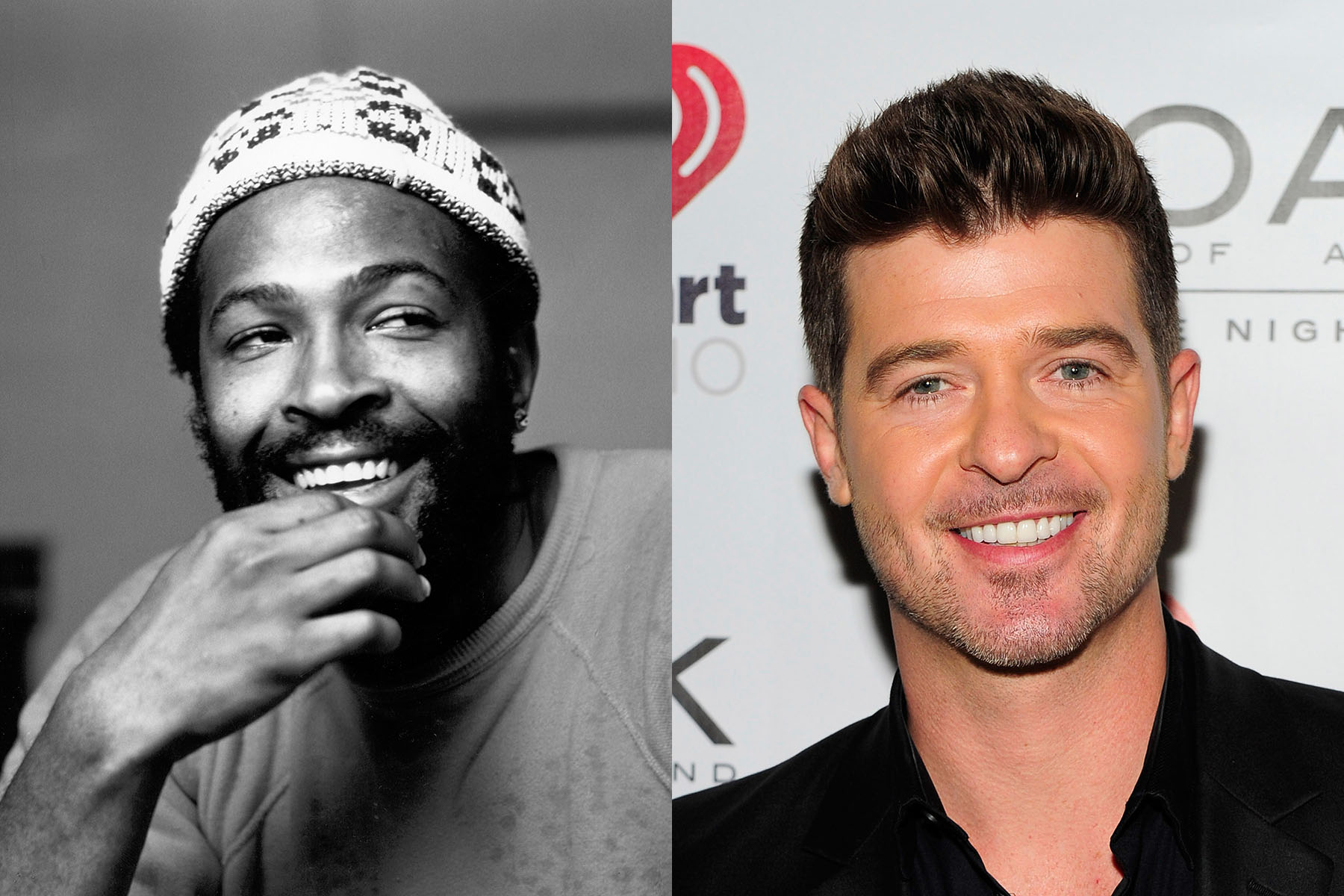 Wolfe’s lawyer has said that he’s seeking a songwriting credit for his client, and is willing to settle for $1 if the songwriting credit is given. The $1 offer would, however, come at a much larger price: Mr. Wolfe’s estate would share in all future songwriting revenues from the song. Any windfall from the judgment would apparently go to the Randy California Project, which supplies musical instruments and lessons to students at low-income schools in California. The windfall has the potential to be massive. As of 2008, “Stairway” had reportedly earned $562 million. It could be the single most profitable song in rock history. Needless to say, there is a lot riding on this jury’s decision.

The law states that anything that reflects a “minimal spark” of creativity and originality can be copyrightable, including melody, chord progression, rhythm and lyrics. In the event of a trial, the person claiming music plagiarism must prove two things, Access and Substantial Similarity.

Wolfe’s legal team must first prove that Page and Plant had heard, or could reasonably be presumed to have heard, “Taurus” prior to writing “Stairway.”

“Stairway” was recorded between December 1970 and January 1971, and was first performed in March 1971, according to court documents. Before that, Zeppelin and Spirit toured the same venues and played at the same festivals on the same day at least three times between 1968 and 1970. 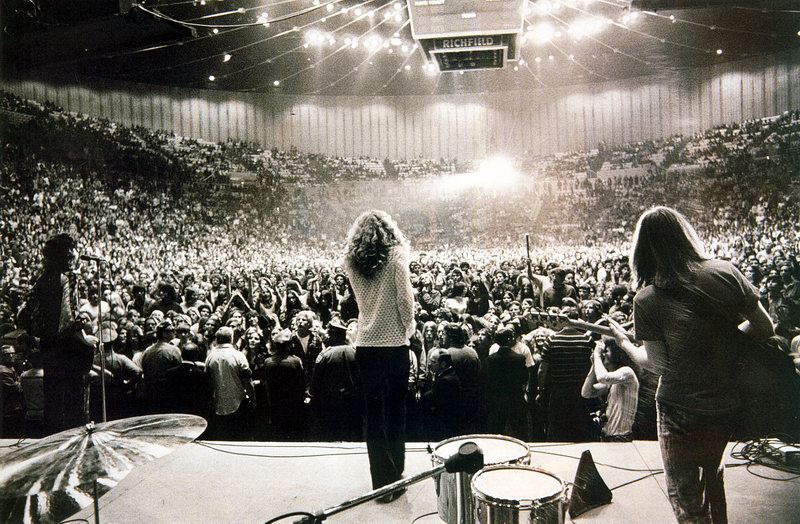 Lawyers for Wolfe also presented an interview that Page gave in 1970: “Spirit do some really nice things on albums. They give a really nice atmosphere when they play, and I always enjoy seeing them.”

But Plant and Page said that “they never toured with, shared a stage with or listened to any of Spirit’s music during these brief encounters,” according to court documents. The members of Spirit recalled things differently, however. They claim to have talked with members of Led Zeppelin backstage and that the bands had performed one after the other at two festivals.

Whatever the case, it’s difficult to deny that Page and Plant had access to the song in question. So the entire music plagiarism trial comes down to whether the similarities between the songs constitutes a “substantial similarity.”

Wolfe’s legal team must show that the average listener would be able to tell that “Stairway” has been copied from “Taurus.” The more elements that the two songs have in common, the more likely they are “substantially similar.” In other words, “sounding alike” is not plagiarism; there must be many similar elements that combine to create plagiarism.

It is important to note that the lawsuit only accuses Zeppelin of copying the introduction of “Taurus,” not the entire song. So when we’re talking about “Stairway” being lifted, it’s really only 30 seconds of the Stairway intro we’re talking about.

“Taurus” begins with 45 seconds of orchestral music, lead by ominous strings and a sprinkling of jazz flute. This is followed by 15 seconds of fingerpicked classical guitar, with the bass notes descending chromatically (i.e. a half-step at a time) from A to F. This fingerpicked section repeats itself before the song moves to a different musical part. It’s these 30 seconds that are the subject of the music plagiarism claim. 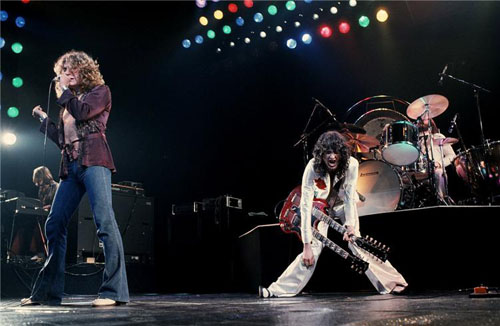 “Stairway” has that same chromatic descent, and a similar feel of spare, slowly paced guitar. The phrasing (i.e. how the guitar is played) of “Stairway” and “Taurus” is similar. However, plenty of songs start in A minor and descend from there (“Babe I’m Gonna Leave You” and “While My Guitar Gently Weeps” both do the same). Further, “Stairway” builds and resolves in a way that “Taurus” does not. So what we’re left with is the first several guitar notes on “Stairway” resembling the first several guitar notes in “Taurus”.

Is the above “substantially similar”? The courts have stated that in order to be so, the copying must be egregious enough that it violates the copyright in the other song.

That is not easy to say with confidence here. Vanilla Ice’s “Ice Ice Baby” and Queen’s “Under Pressure”? That’s easy. The Beach Boys’ “Surfin’ USA” and Chuck Berry’s “Sweet Little Sixteen”? Ditto. The Offspring’s “Get a Job” and the Beatles “Ob-La-Di, Ob-La-Da”? You bet. Even The Stones’ “Has Anybody Seen My Baby” and KD Lang’s “Constant Craving” is clear.

The comparison between “Taurus” and “Stairway” is not so clear. Starting a song in A minor is not copyrightable, neither is a descending chord pattern.

The fact is, many songs remind you of a song you’ve heard before, and that’s what makes them catchy. CBC Radio examines these similarities daily with their “Distant Cousins” feature, which apparently has listeners sending in dozens of songs a week that sound “substantially similar.”

“Stairway” contains a brief segment that sounds similar to “Taurus,” but for me, it is not egregious and therefore not substantially similar enough to constitute music plagiarism.

“Bring it On Home” – Concluding Thoughts

“Taurus” is an interesting song at best; a short instrumental that I might put on while meditating. It’s fine background music. “Stairway” is monolithic. A song that has connected with millions of people around the world. A crowning achievement in rock and roll songwriting. If it’s overplayed, it’s for good reason. If “Taurus” is underplayed and underappreciated, it’s for good reason as well. It’s not an exceptional song. As Zeppelin biographer Mick Wall notes, if Page was influenced by the chords from “Taurus”, “what he did with them was the equivalent of taking the wood from a garden shed and building it into a cathedral.”

Now, as my band mate pointed out, you still have to pay for the wood from the garden shed. Which is where I think Page and Plant should have settled this out of court years ago, for an undisclosed amount. It might not have included songwriting credit, and instead just a dollar amount. It would have avoided all the bad press and lawsuits. But we’re past that point now.

I don’t think the jury should come back with a finding of music plagiarism in this case. Part of me wishes they would, as the underprivileged kids will benefit and Zeppelin can afford it. But that’s not how the law works. The reality: if “Stairway” constitutes music plagiarism, so do half the songs on radio today.

My guess as to what really happened: Page heard the song at some point, maybe it was backstage in the dressing room waiting to go onstage, and it seeped into his subconscious. Then when he was feeling inspired a year or two later, he sat down and it came from his fingers. I don’t think it was intentional, but intent doesn’t matter in a plagiarism case. Only outcome.

For me, the outcome here is not plagiarism, but inspiration. 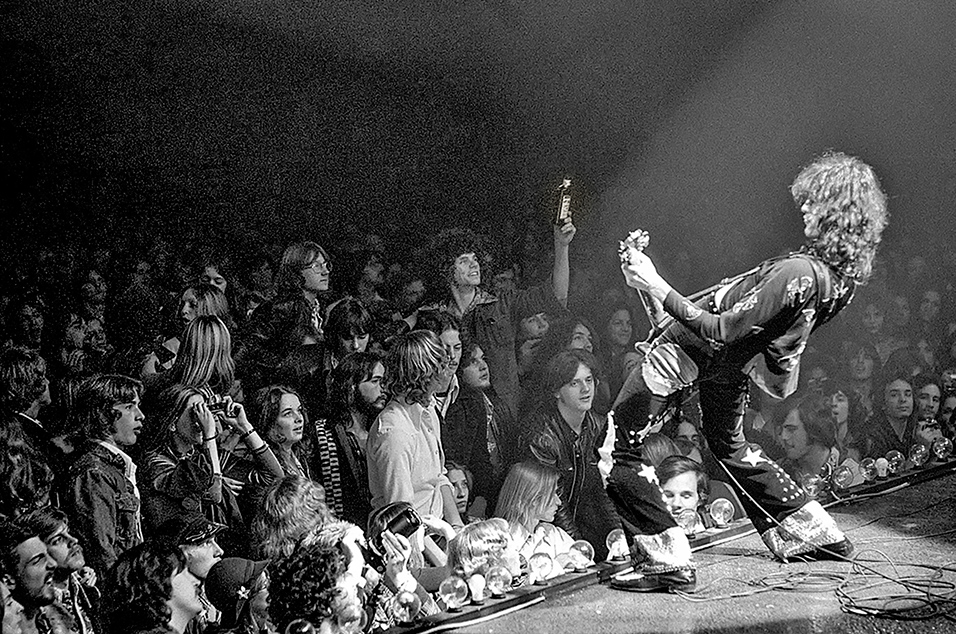